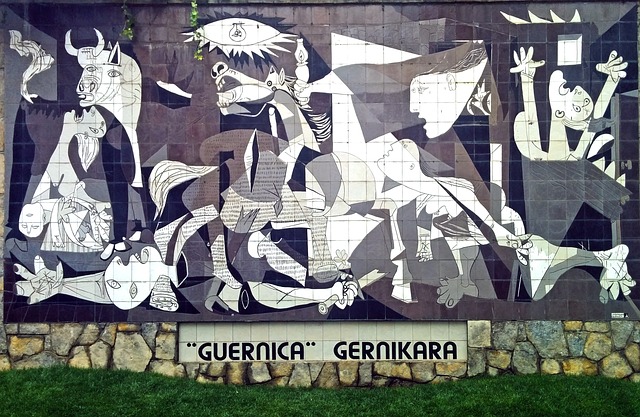 Let's consider a couple of examples of how you would go from subject to defining topic to finding a research question and finally making a thesis. Suppose you were taking a course on art history and you were learning in the course about modern 20th-century painters - Matice and Chagall, Picasso and many others. You might be asked to write a term paper about Picasso, or you might choose Picasso because he's a painter you were particularly interested in. So, the general subject area for your research paper might be, Picasso. Now, Picasso lived for many decades and created thousands of works of art - paintings, sculptures, collages, and so forth, he was a tremendously influential artist who worked in many different styles - there's much more to say about Picasso than can possibly be covered in 10-15 page paper. He's like Lincoln for history subject, hundreds of thousands of books have been written about Picasso.

So, Picasso works fine as a subject, not as a topic - you gonna need to narrow the subject a lot more before you have an area that could be covered adequately in 10-15 pages. Well, one way of narrowing the broad subject area of Picasso to a specific topic might be to pick one work of art and do some analysis related to the aspect of that work of art. Now, one of Picasso's most famous and influential paintings is a painting called "Guernica", a painting that he painted at the time of the Spanish Civil war in the 1930s, and it has a political moment behind it. It deals with bombing by German forces of an ancient, very historic, cultural city in Spain called Guernica. This was viewed as horror at the time, it was considered as an act of barbarity by the fascists who were trying to take over Spain, and Picasso, who was native of Spain, was deeply moved and troubled by this event, and he decided to paint a picture as an act of protest against this modern barbarity, the attack on a city that he loved. This painting Guernica became a very influential anti-war statement, it hung for decades in the Museum of Modern Art in New York City, because Picasso had given it to that Museum, with the provision that it could be returned to his native Spain only after a democratic government was installed in Spain. And in fact, this did happen many years after Picasso was dead, and Guernica now is Spain. So, you can see there's a rich history behind this painting of Guernica and it would certainly make an interesting topic for a 10-15 page research paper to write quite a bit and it will be a lot of interesting stuff to read about this wonderful painting by Picasso.

More articles on picking a topic from Personal-Writer.com

Selecting a topic for research paper: from subject to topic to research question